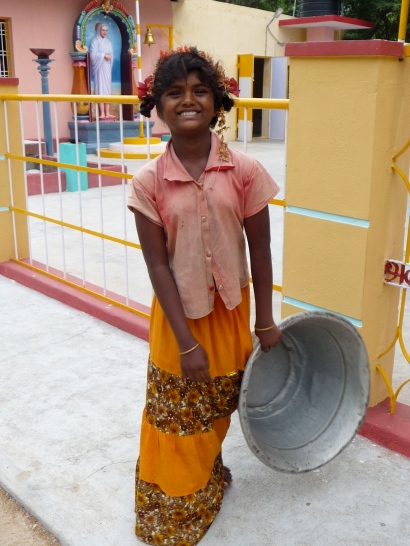 It took 48 hours of brain numbing travel time to make it around the globe to the San Gabriel mountains in Southern California where we now are sitting at the kitchen table dressed in jeans, long-sleeved tops and warm jackets instead of thin cottons with sweat running down our backs and legs.

Rather enjoy the weather extremes and find it amusing to observe the mind/body as it adjusts to the cold once again. Somewhere in the frontal lobe of the brain a little signal goes a bit blooey with the change and sends a thought that sounds something like, eh or ay, or huh? Perhaps an ancient memory gets tripped, like walking in the hills on a warm spring day hunting and gathering, then unexpectedly a snow storm approaches covering earth and body in a blanket of white. Plane travel hasn’t been around that long!

So, this is probably one of those jet-lagged incoherent posts but just wanted to greet all of you bloggers who are kind enough to follow Smallpebbles and let you know that we will be posting from the states again.

Wishing you a joyful Now and the peace of Being Who You Are!